CodeWeavers, supporter of the open source Wine project, have released their latest version of CrossOver for Linux and Mac. CrossOver 9.0 (codenamed “Snow Mallard”) is a commercial product that makes installing Windows applications via Wine extremely easy for Linux users. We’ve been waiting for this new release for several months, and it seems it was worth the wait. So far, we’ve tested it with Office 2007 and IE 7 with great results. Look for a full review at a later time. For now, here is an overview of the new features and some screenshots.

The first thing you’ll notice about version 9 of CrossOver is the greatly improved user interface. The entire interface has been rewritten in GTK and fits in much better with a GNOME desktop. The interface also seems much more intuitive. Installing a supported Windows application only takes a few clicks. CrossOver takes care of setting up a new “bottle” (or fake Windows environment) for your application and also downloads and installs any needed frameworks, fonts, and plugins that might be needed by the application you’re trying to install. Installing Office 2007 in CrossOver only requires a few more clicks than installing on Windows. 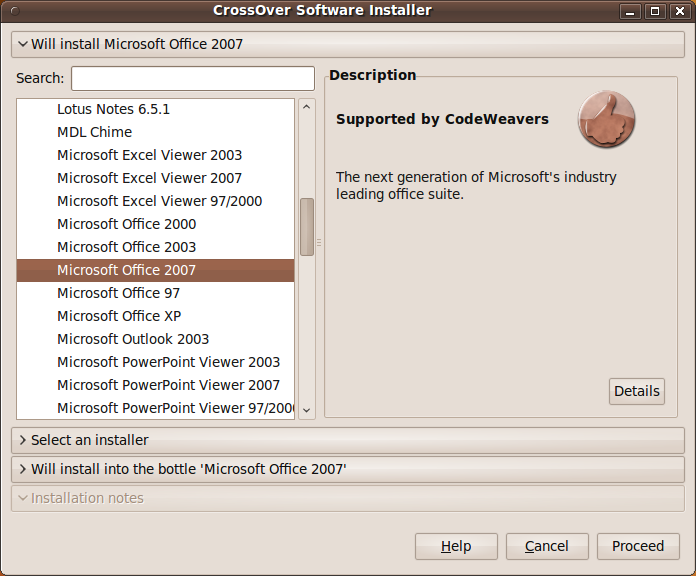 The other big feature of CrossOver 9.0 is the ability for users to share “recipes” for installing (officially) unsupported Windows apps. If someone figures out all the special steps needed to install their favorite Windows program, they can uploaded it to CodeWeavers site and share it with other CrossOver users. At this early stage, there are very few “Community Supported Applications” available for installing, and they seem a little flaky (IE 8 didn’t work at all), but hopefully this database will grow over time. If the amount of community supported apps grows, it could be a real boom for CodeWeavers. 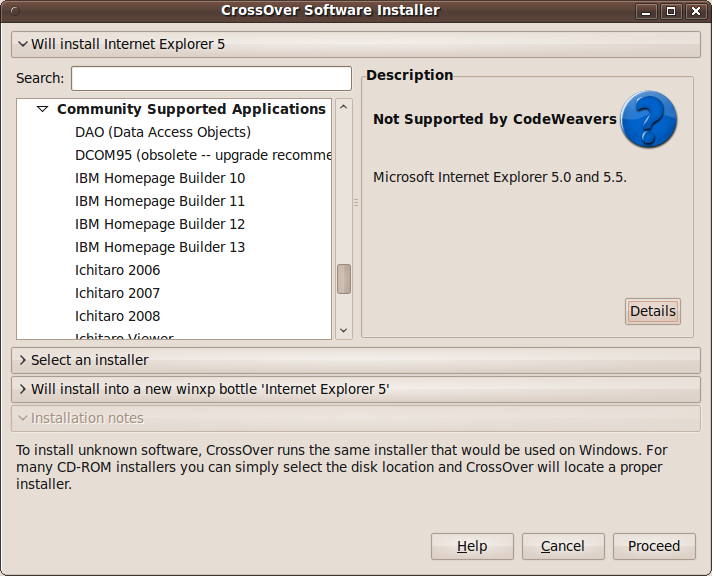 CrossOver costs $39.95 for the standard version, or $69.95 for the pro version. While it’s possible to install just about anything you can install with CrossOver with standard Wine, I believe the ease and convenience that CrossOver provides is well worth the money - I feel fine about supporting CodeWeavers, who in turn support the Wine project.

What are your views on CrossOver, Wine, and Windows application support on Linux? Leave your comments below!

Now for some more screenshots: 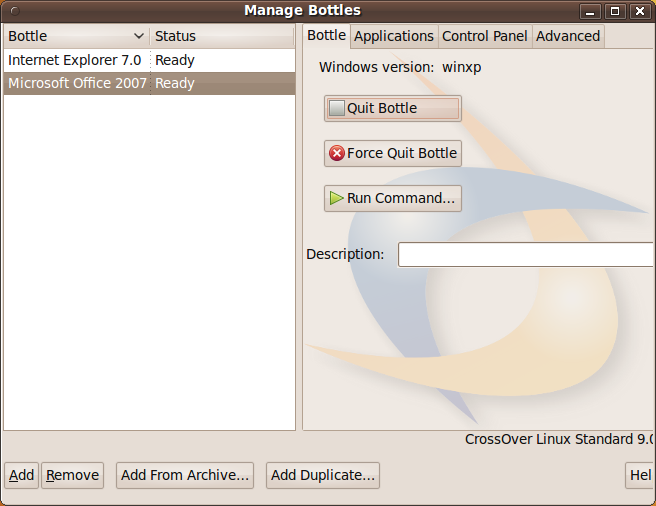 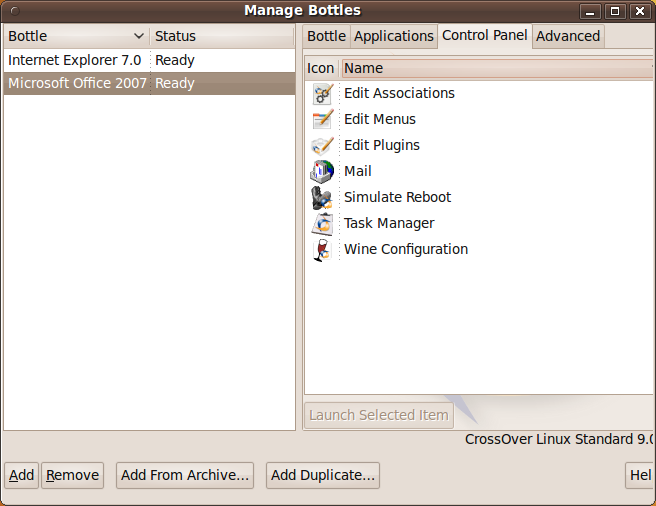 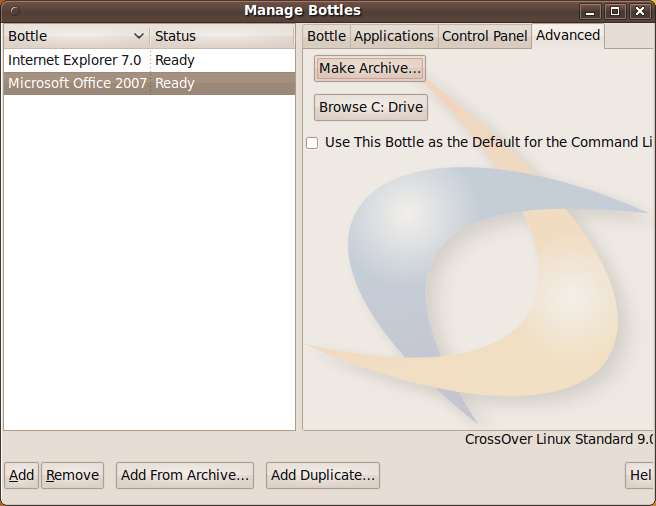